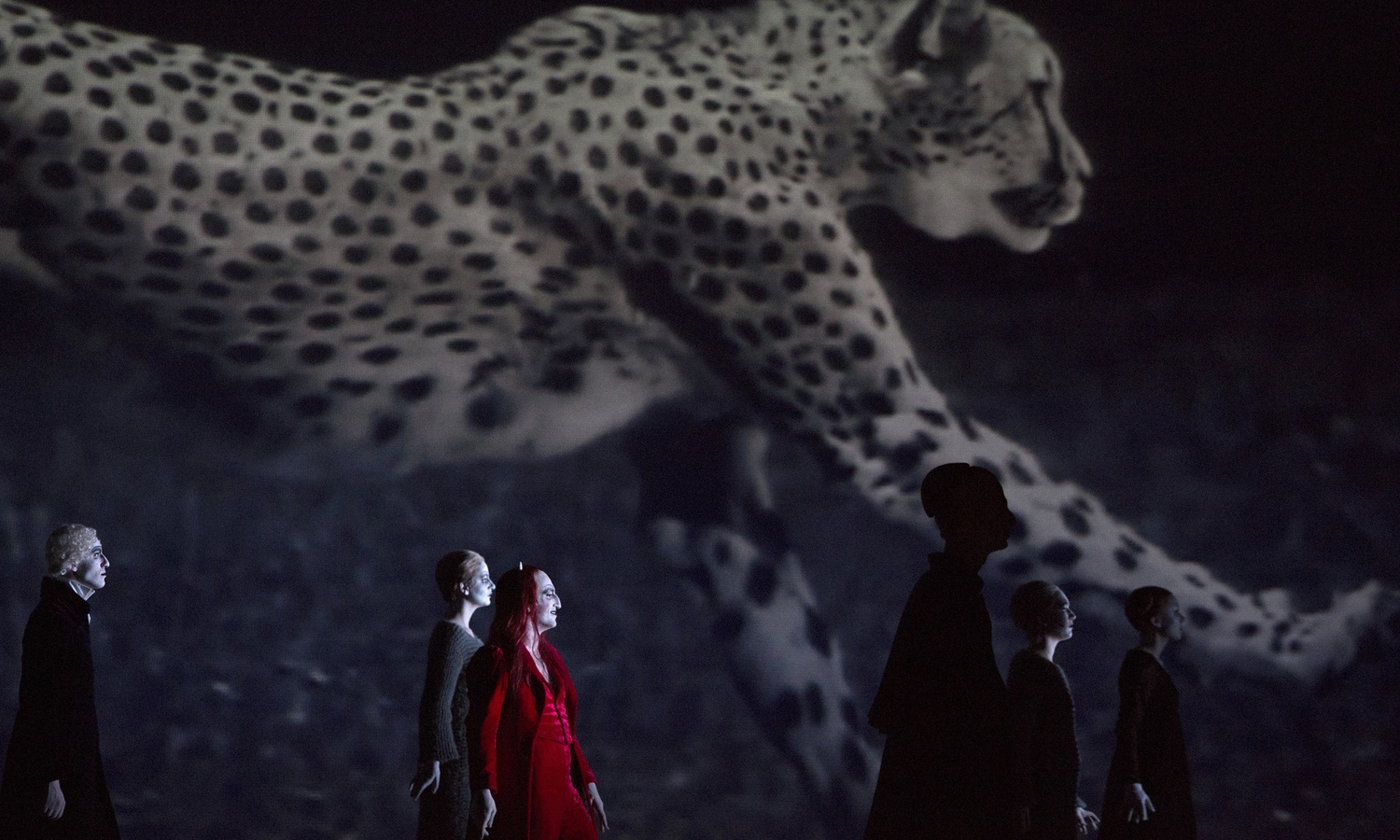 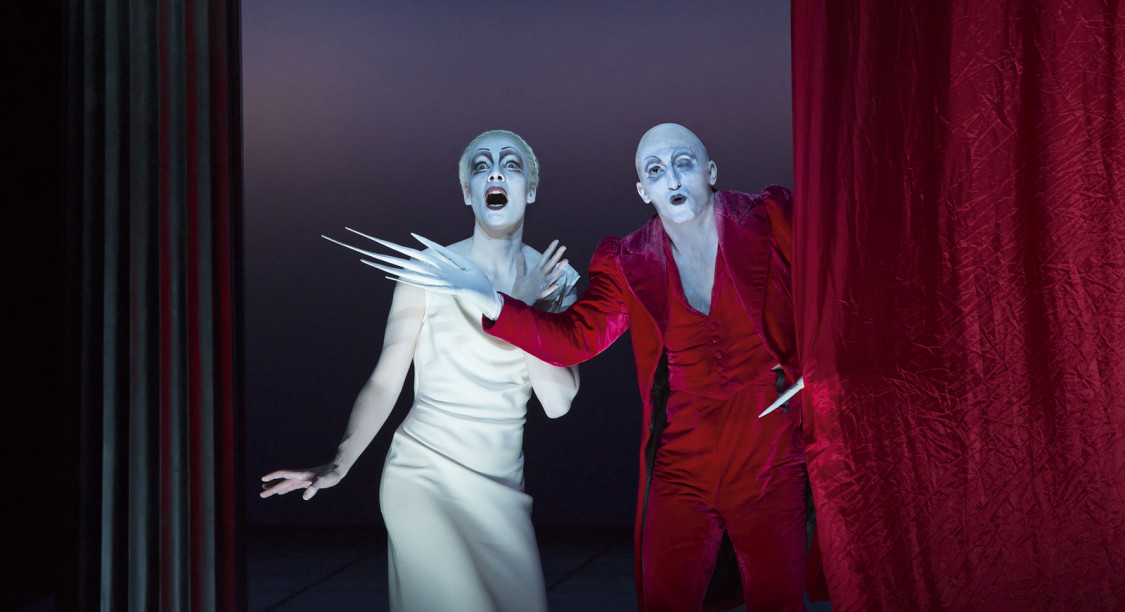 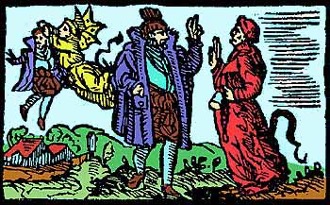 Miniature from History and affairs of Doctor Johann Faustus. 1567

The various stories that circulated in the Middle Ages concerning a certain Doctor Faustus, a more or less charlatan necromancer who supposedly lived in Wuttenberg\Germany between 1480 and 1540, became through the years a genuine legend and a popular work for storytellers and puppet players on market squares.

A marionettes show of her grandmother is quite surely the way the little Johan Wolfgang Goethe became acquainted with this legend of a man in search of eternal youth, before assisting for the first time to a stage version with living actors when he was 21 in Strasbourg. Then he spent nearly 60 years working on Faust, in other words, almost his entire life.

Based on the dramaturgical suggestion of Michel Deutsch, Robert Wilson returns on Goethe and his masterpiece, focusing to the years in Weimar when he was going on eighty and madly in love with the extremely beautiful Ulrike Von Levetzow, only nineteen. The old man calls up the shadows of the past for the first time and cannot resign himself to that thought: why wouldn’t he - like his creation Faust who drinks Mephisto’s youth potion concocted by the witch - why wouldn’t he get thirty years younger as well?

Faust and Goethe, actors and marionettes, Mephistopheles, Marguerite and all the loved women will appear on stage under the fulgurant visionary lights of Robert Wilson. The old Goethe is no longer Faust, he emerges from dreams, he is no longer a prisoner of illusions. Alone in front of himself he finally accepts to be thrown into old age: “O das Alter! O das Alter!”
History of Johann von Goethe
and his affairs with doctor
Johann Faustus

CCR \ Centre de Création Rhénan has been recently established in Strasbourg, the old town on the river Rhin. Based in the cradle of this multilanguage region, the center has the main mission to produce and promote theatrical performances inspired to the rich crossroads historical culture in the hearth of Europe.
copyright © 2022: change performing arts