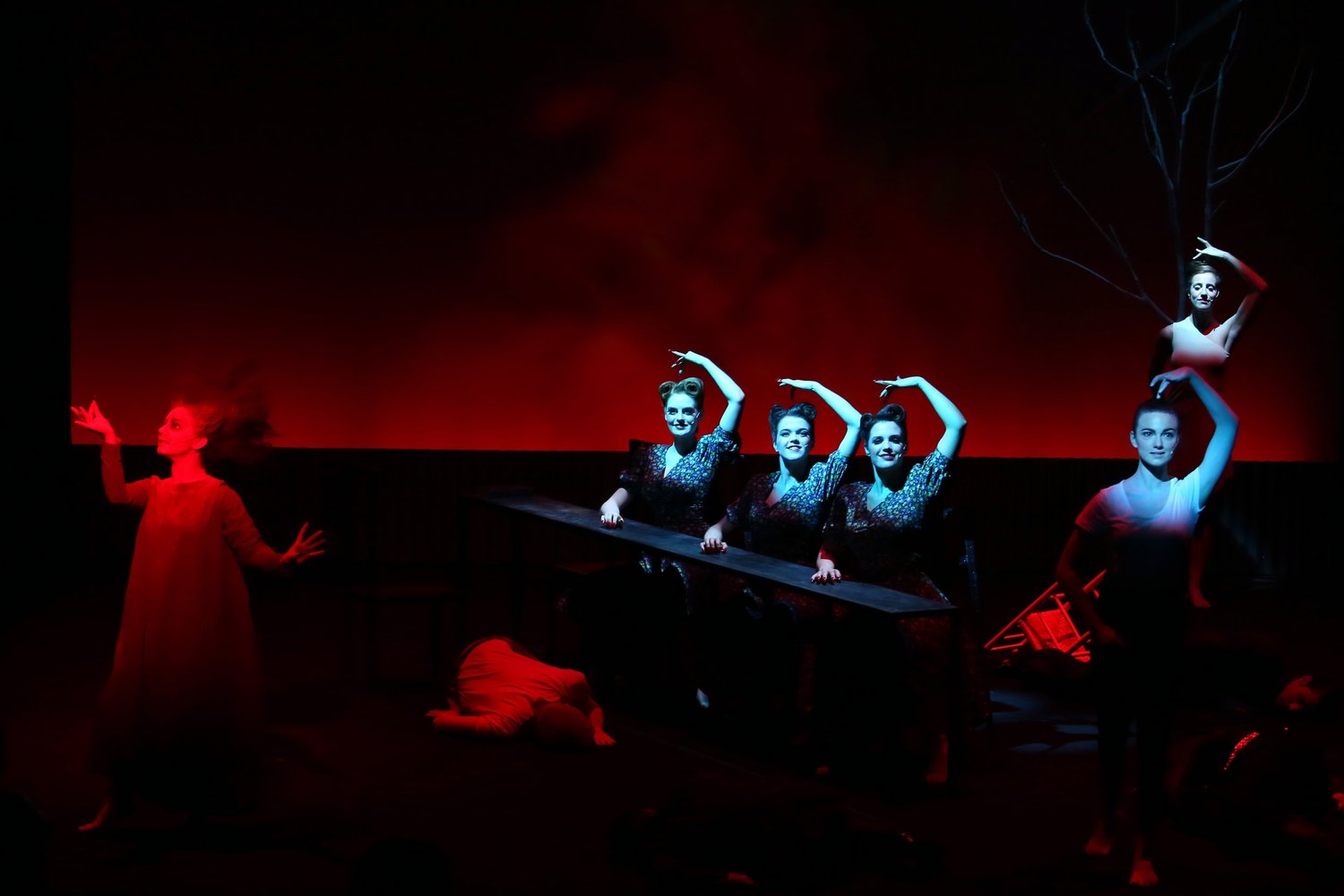 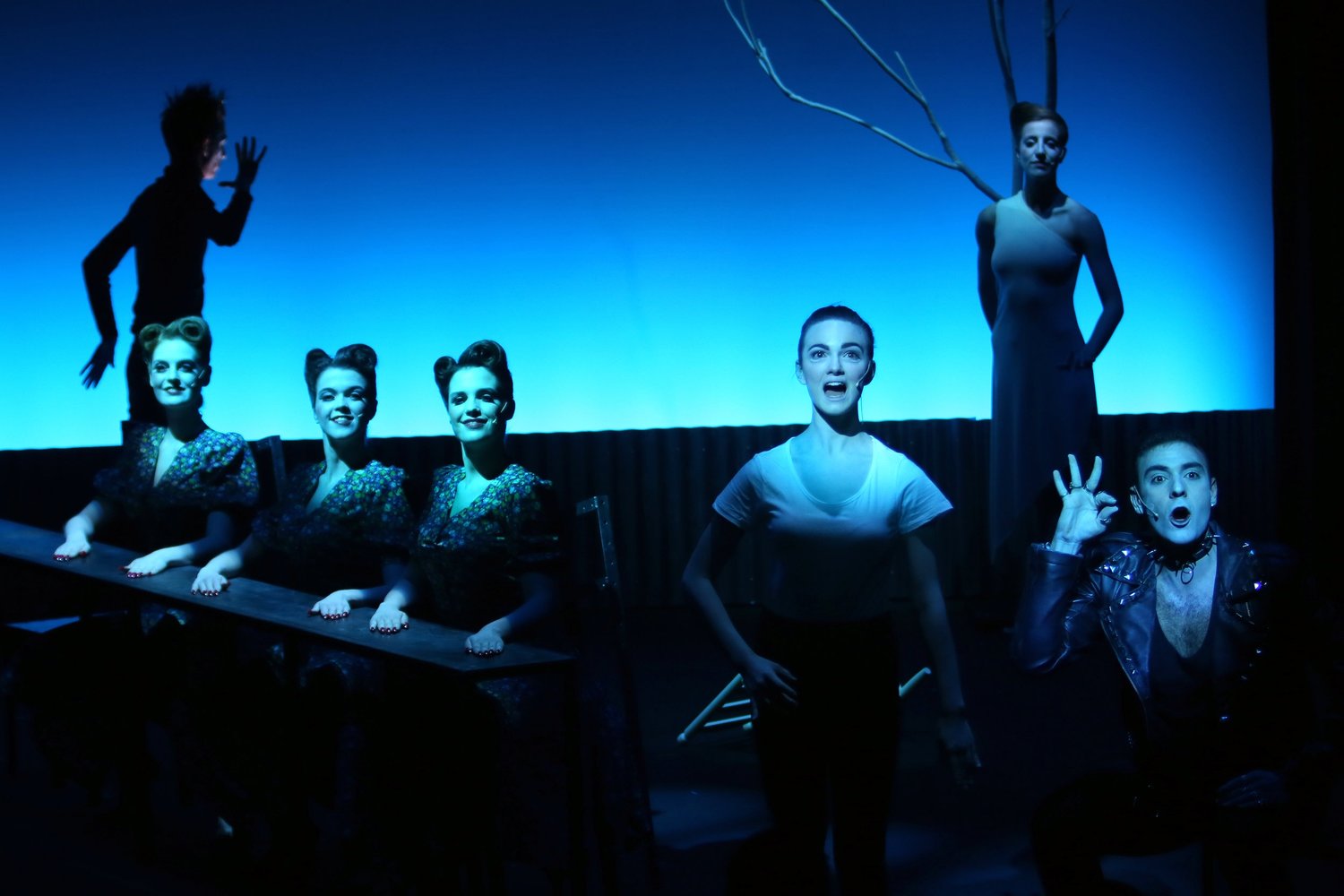 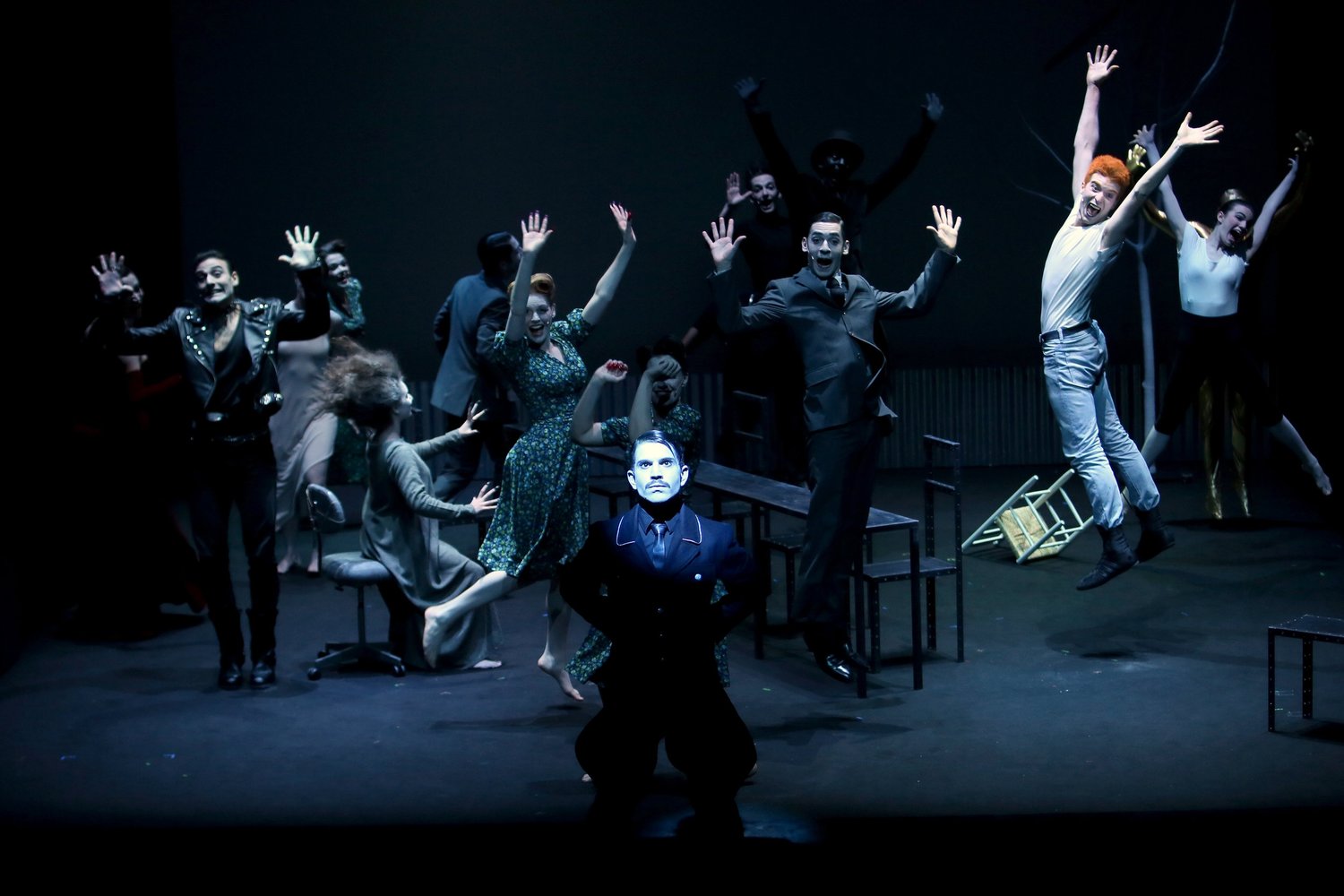 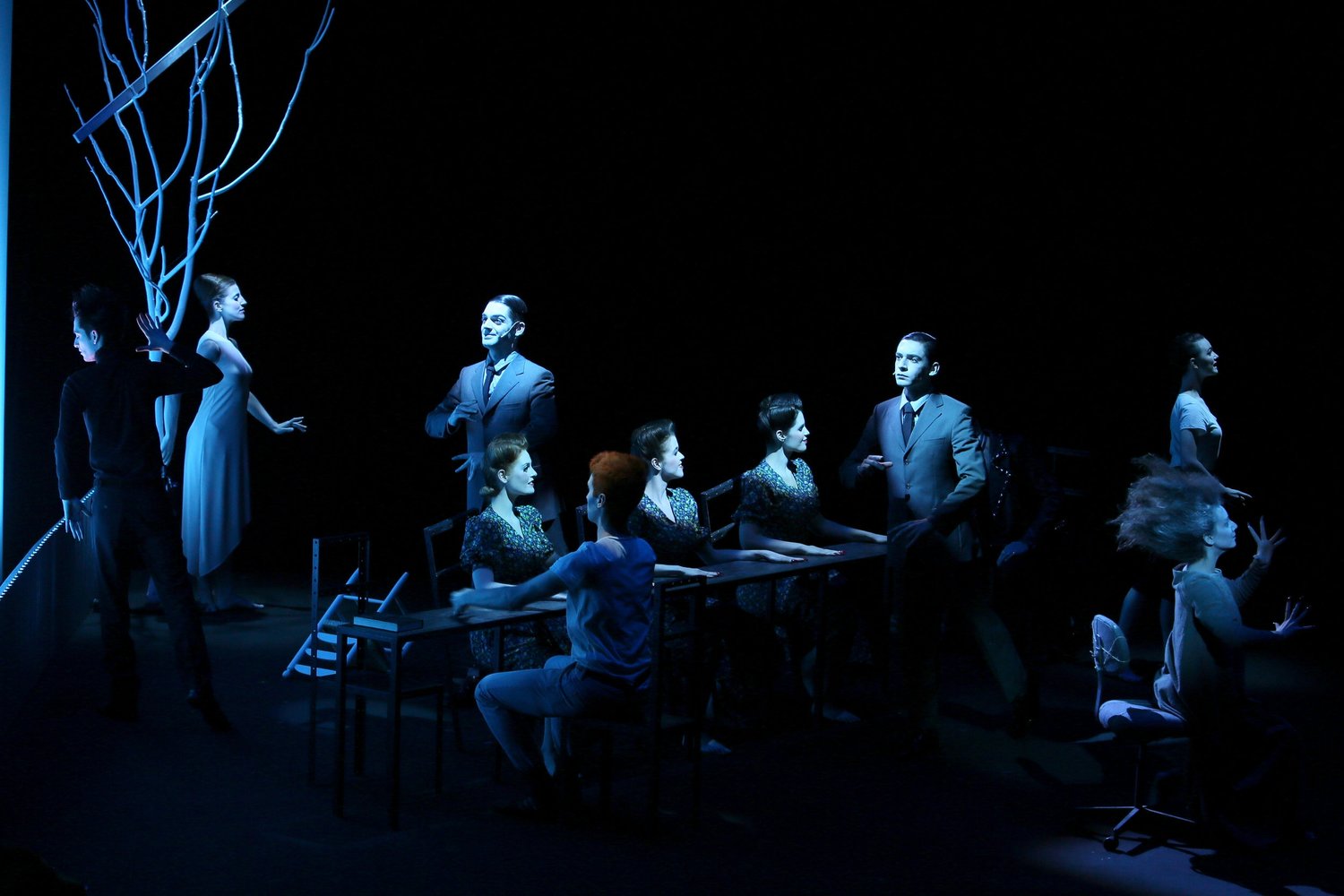 “Pictures at an Exhibition” with music by Modest Mussorgsky celebrated its world première on 4 April 1928 at the Friedrich-Theater Dessau in a matinee. Wassily Kandinsky consequently realised his idea of the “abstract stage synthesis” for the one and only time as director and stage designer in a theatre performance. With this term he united the ideas of the basic “translatability” of different arts, whose devices such as sound, colour, text and movement do actually differ formally on the outside, but are identical on the inside, where perception and art begin. Kandinsky does without any external treatment. People are not the main protagonists – the colourful surfaces and plastic shapes that build up in the sound of the music and in the interaction of the colourful light into images and then dissolve again into nothingness are. Kandinsky’s theatre utopia found fertile ground in the Bauhaus. Examining and researching artistic means for the theatre and the theatre space are everything, and the Bauhaus theatre is the interdisciplinary experimental field. Among other things the “mechanical stage” is tried out in different variants. Light, sound and movement of stage elements and objects are the main protagonists. Fifty-five years later in 1983 as part of the 33rd Berliner Festspiele a reconstruction of the piece was developed and performed by students of the costume class at the University of the Arts Berlin under the direction of Martin Rupprecht and Horst Birr. Kandinsky’s sketches, an interview with Felix Klee, the assistant director of the world première, and a piano score, in which direction instructions on image and light changes are noted, provided the basis. For twenty years this production was shown time and again on tours together with Oskar Schlemmer’s Bauhaus dances in the reconstruction by Gerhard Bohner. In 2003 the baton was passed on to the Teatro Nuovo Giovanni da Udine, which continues the Berlin reconstruction as an education project with young people from Udine.
Text > Heiner Müller

New version based on the original production
premiered on May 7, 1986 at New York University, New York

Commissioned by Spoleto Festival of 2Worlds