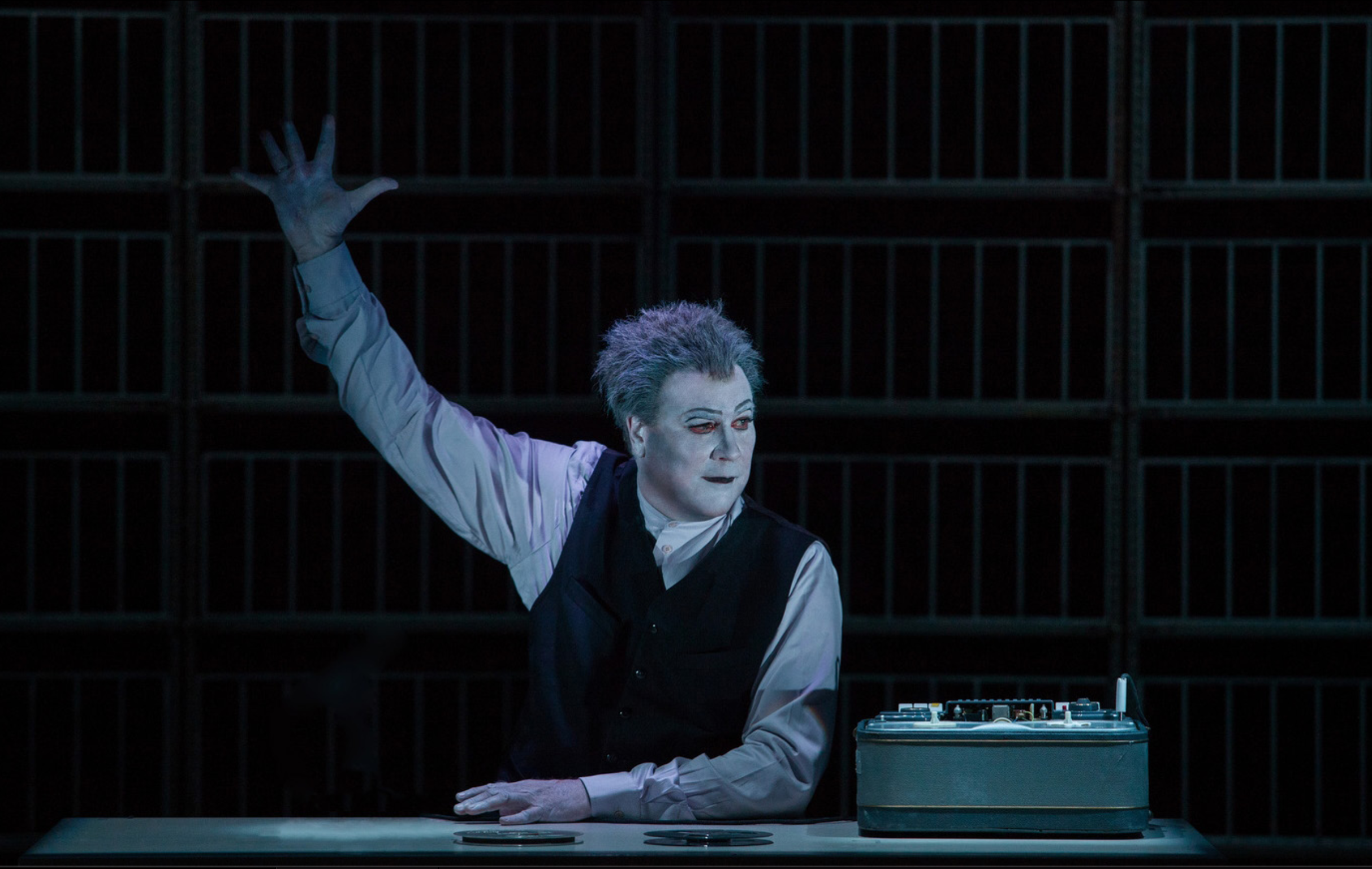 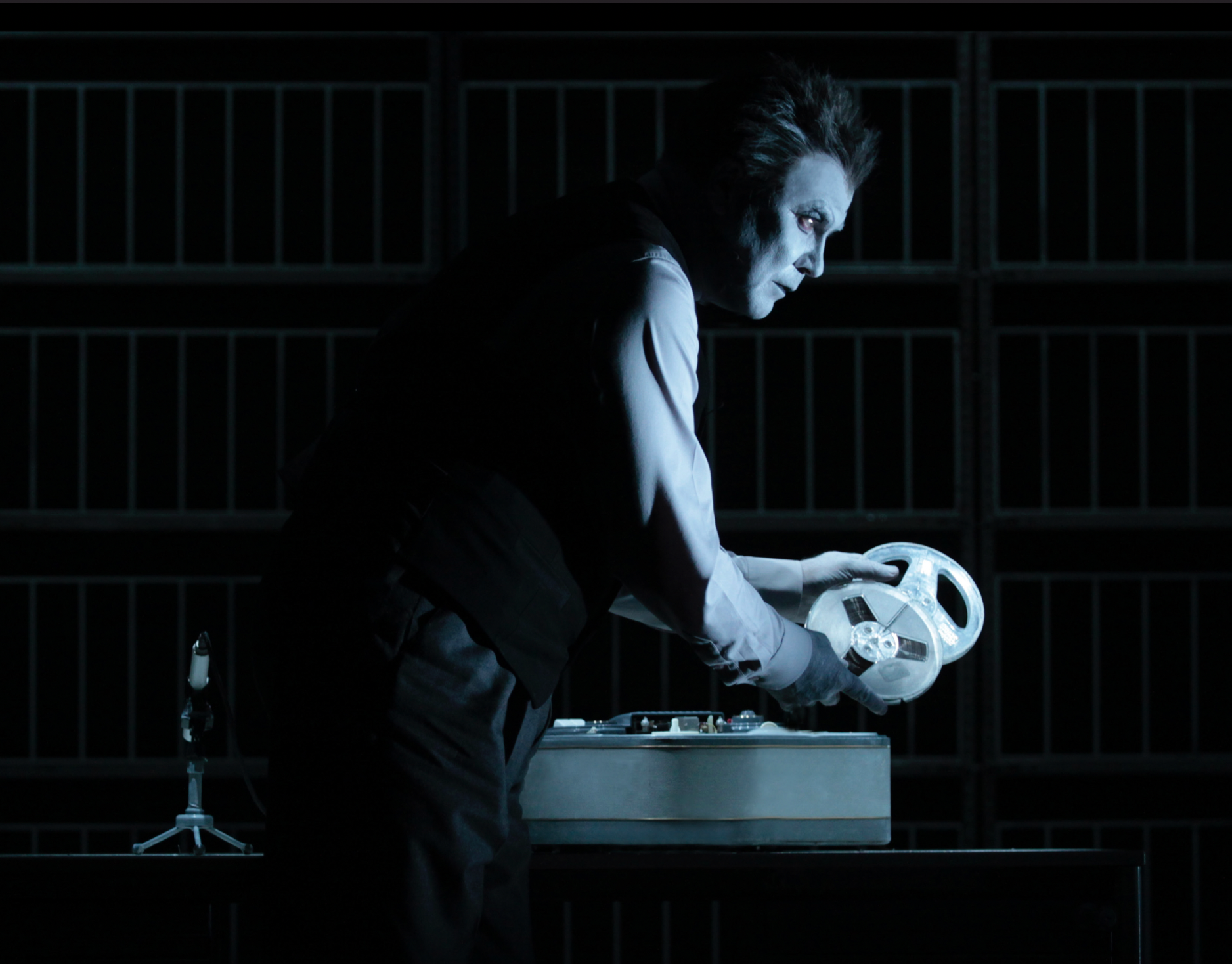 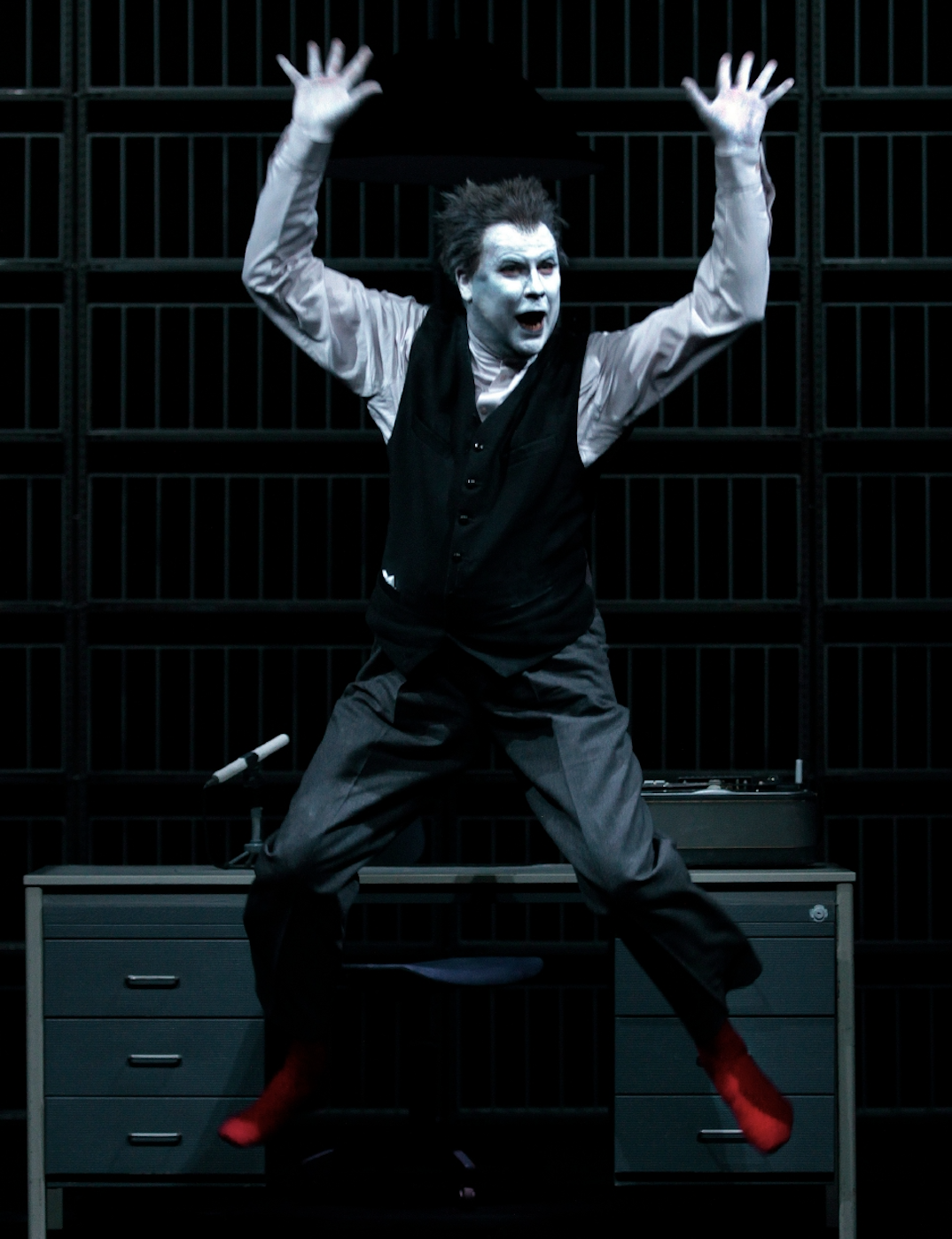 Krapp's Last Tape is a one - act play , written in English , by Samuel Beckett . The play , which premiered on 28 October 1958 at the Royal Court Theatre , London , was directed by Donald McWhinnie and starred Patrick Magee . Krapp , an old man , sits alone in his room late at night . It is his 70th birthday . He prepares to make a recording of his thoughts about the past year . as he has done every year on his birthday since he was young . The events recorded on each tape are meticulously noted in a huge ledger , allowing him easy access to the memories of his past . In preparing to make a new tape , he listens to a recording he made some thirty years earlier . He hears the voice of the confident , hopeful man in his prime , and hardly recognizes it as himself . Hearing his old ambitions and dreams , he laughs ironically . There is one passage he returns to over and over , in which the younger Krapp speaks calmly and philosophically of the ending of a relationship with a woman , who might be called Effi . At the time , he saw the break as inevitable and looked forward to many more conquests and triumphs . Now , looking back , he has come to realize that she was the last great love of his life , and in losing her , he lost , so many years ago , his chance of happiness .
direction , set design and lighting
concept > Robert Wilson
costumes design and collaborator to set design > Yashi
lighting design > A.J. Weissbard
sound design > Peter Cerone and Jesse Ash
associate director > Sue Jane Stoker
assistant director > Charles Chemin
make up artist > Manu Halligan
technical director > Reinhard Bichsel
light supervisor > Aliberto Sagretti
sound engineer > Guillaume Dulac
stage manager > Thaiz Bozano
chief stagehand > Corinna Gassauer
Robert Wilson's personal assistant > Max Koltai
tour manager > Elisabetta di Mambro