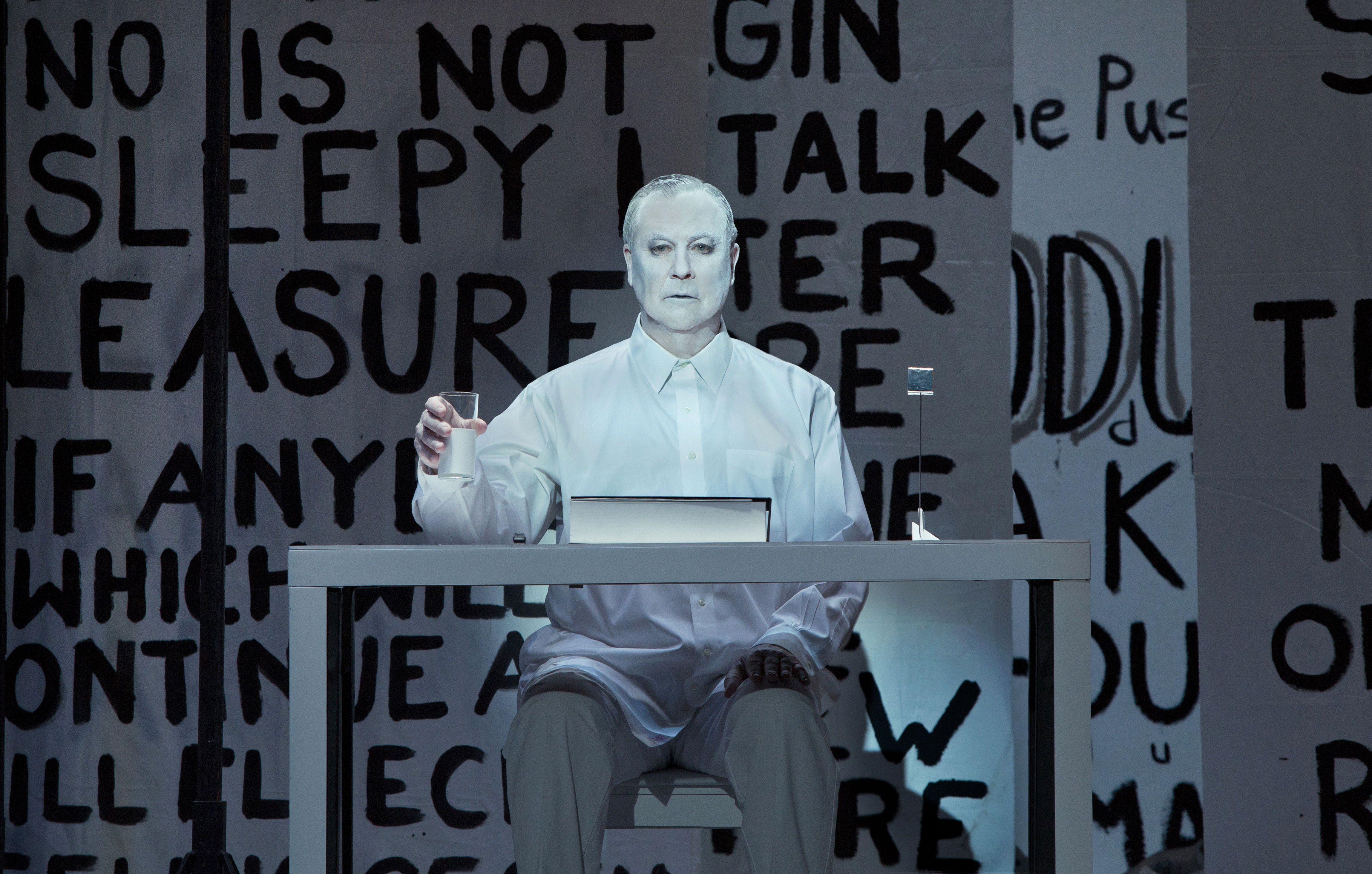 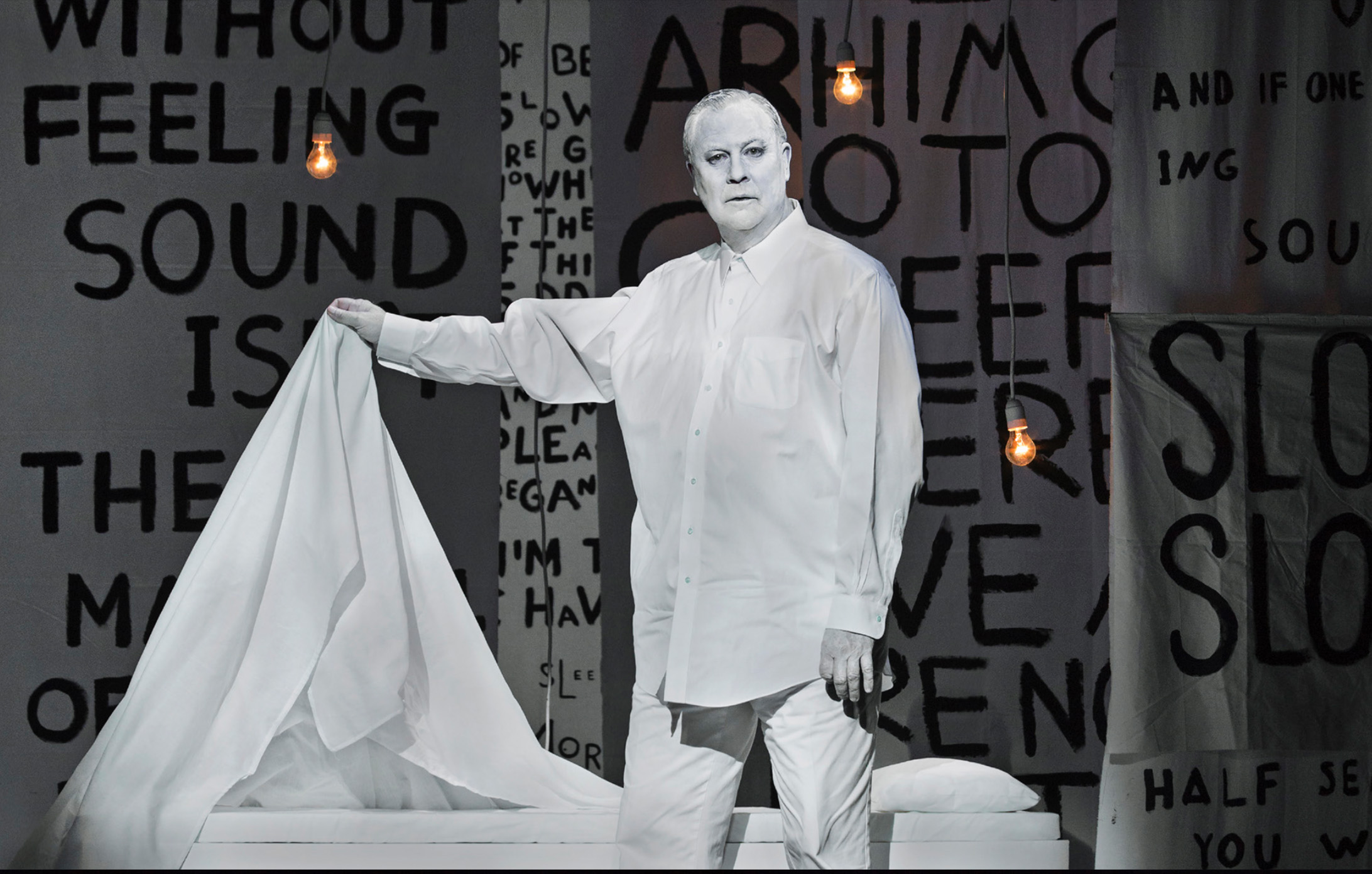 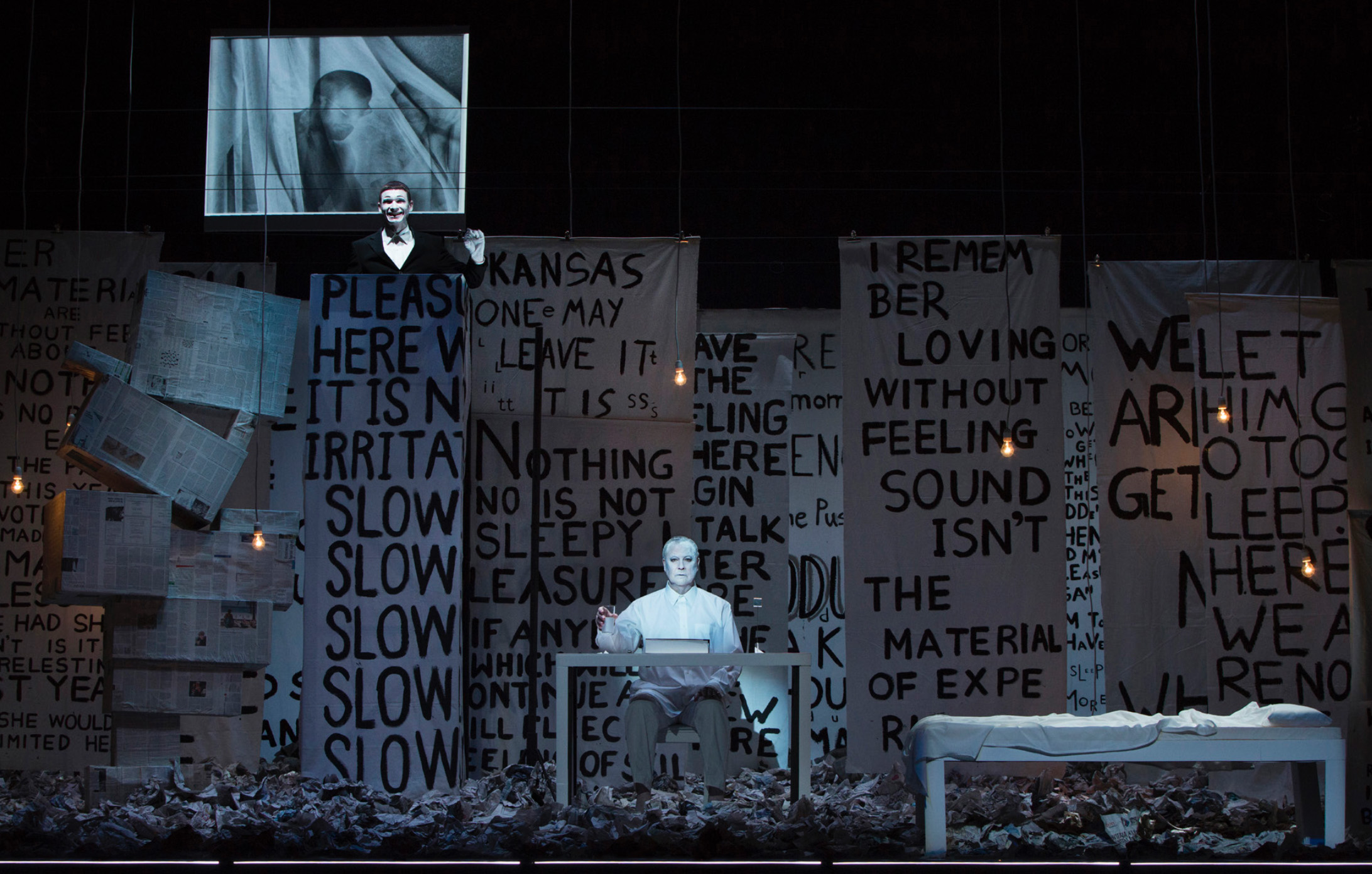 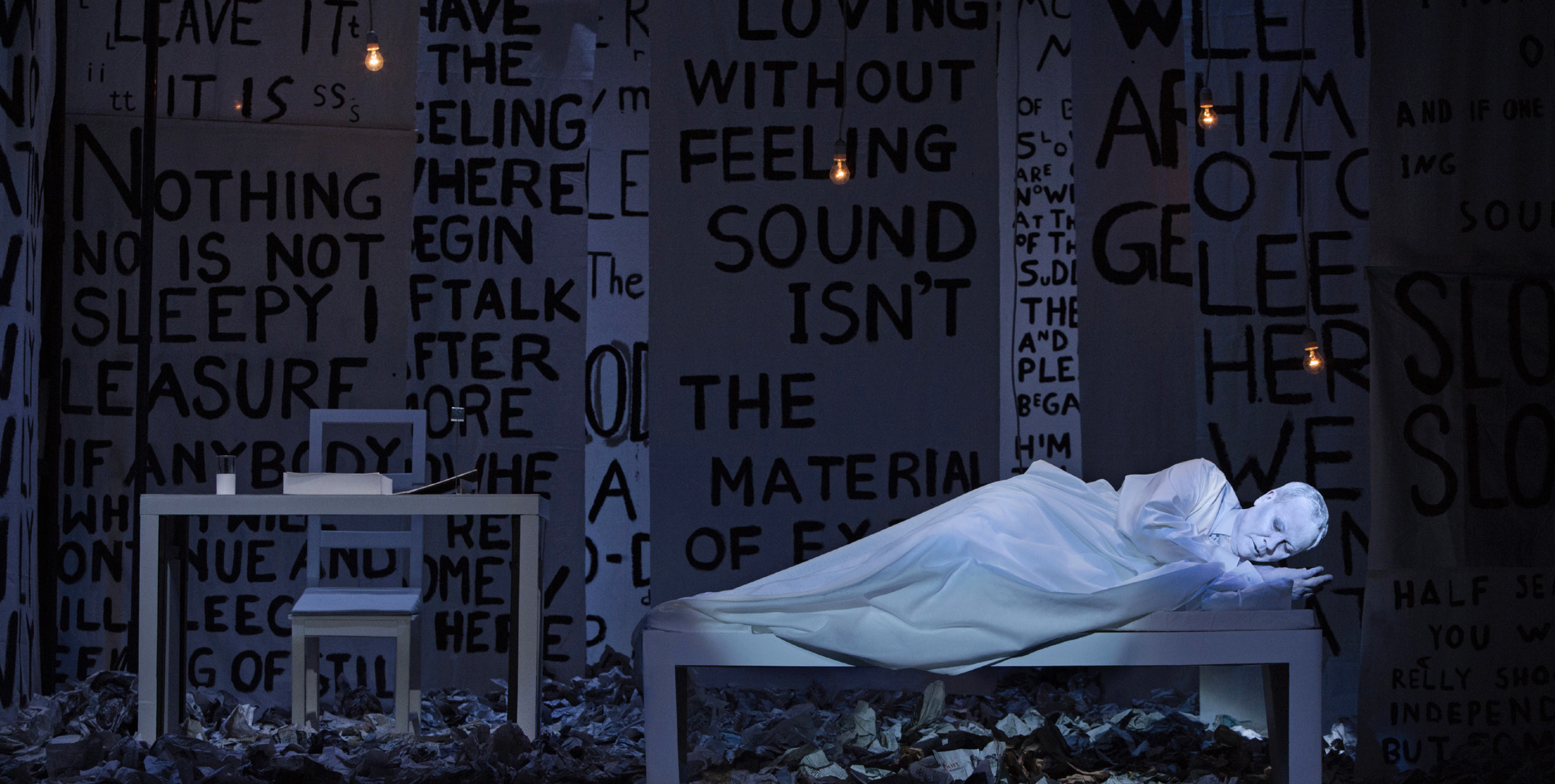 As a homage to revolutionary composer John Cage, Robert Wilson performs Cage’s Lecture on Nothing, one of the central texts of twentieth- century experimental literature. The production has been described as being an “acoustically and visually inspiring approach to the philosophical and poetic text” which Cage based on a complex time length scheme similar to some of his music. “Cage’s text is charming, often amusing, often quotable, equally often intentionally infuriating and profoundly thought provoking. The composer was in a period of transition, moving away from somewhat traditional composition to the making of music that incorporated chance elements and that treated silence with devout respect. [...] Wilson makes exceptionally beautiful things. His stage props belong in museums. Yet his theater is non-narrative, only understood by experiencing it, living it. ’All I know about method,’ - Cage writes at the end of Lecture on Nothing - is that when I am not working I sometimes think I know something, but when I am working, it is quite clear that I know nothing.’ Others might call that enlightenment. Wilson, sublimely, showed why.” — Mark Swed / the Los Angeles Times, October 16, 2013
created, directed and performed by > Robert Wilson
associate director and performer > Tilman Hecker
associate director > Ann-Christin Rommen
dramaturgy > Stephan Buchberger
make up > Manu Halligan
music > Arno Kraehahn
video > Tomek Jeziorski
technical director > Reinhard Bichsel
light board operator > Marcello Lumaca / Roberto Gelmetti
stage & props > Monica Danielsson
director’s assistant > Max Koltai
executive producer > Change Performing Arts
production manager > Virginia Forlani
originally commissioned and produced by RuhrTriennale
premiered on August 22, 2012 at the Ruhrtriennale Festival, Jahrhunderthalle, Bochum, Germany.
copyright © 2022: change performing arts