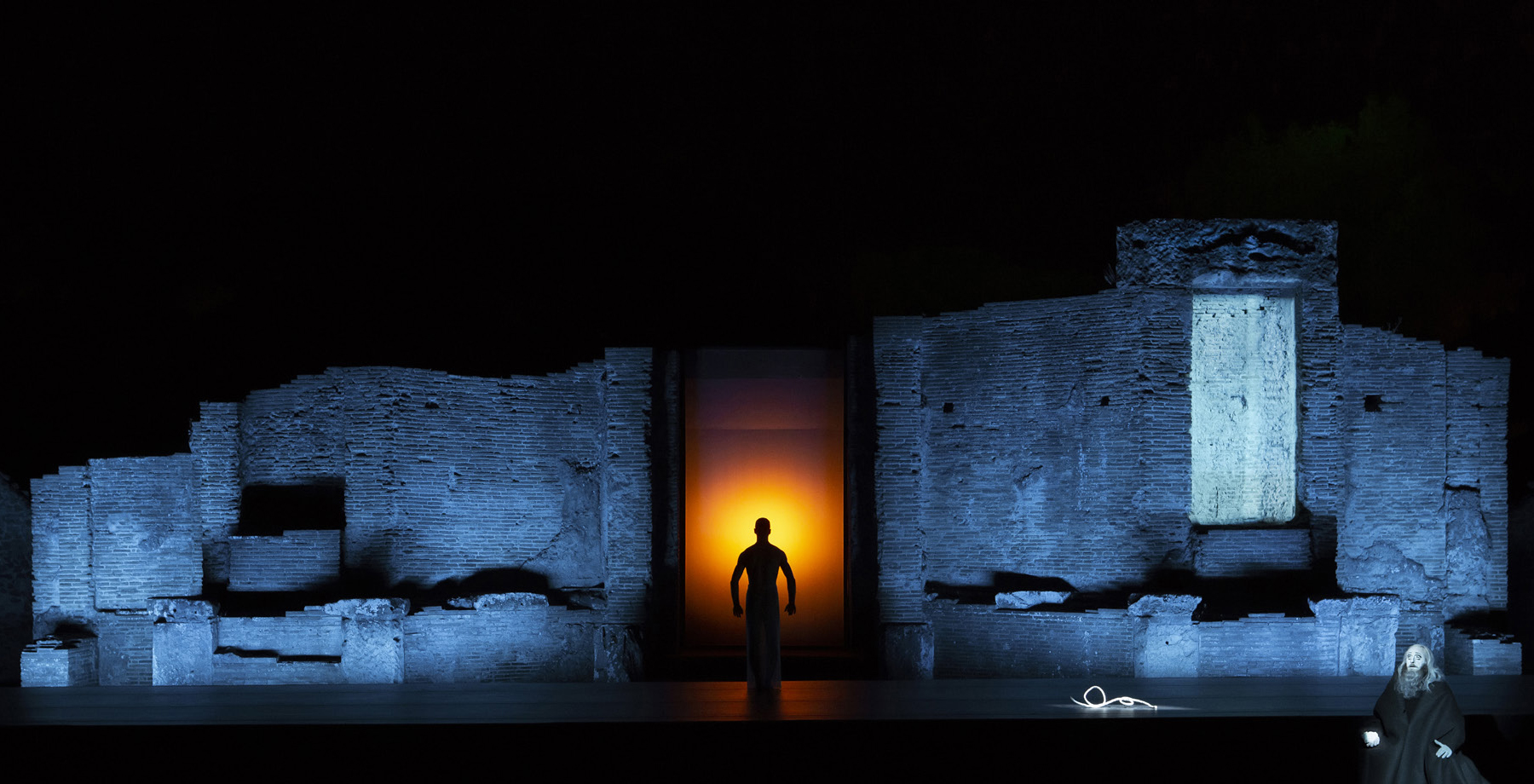 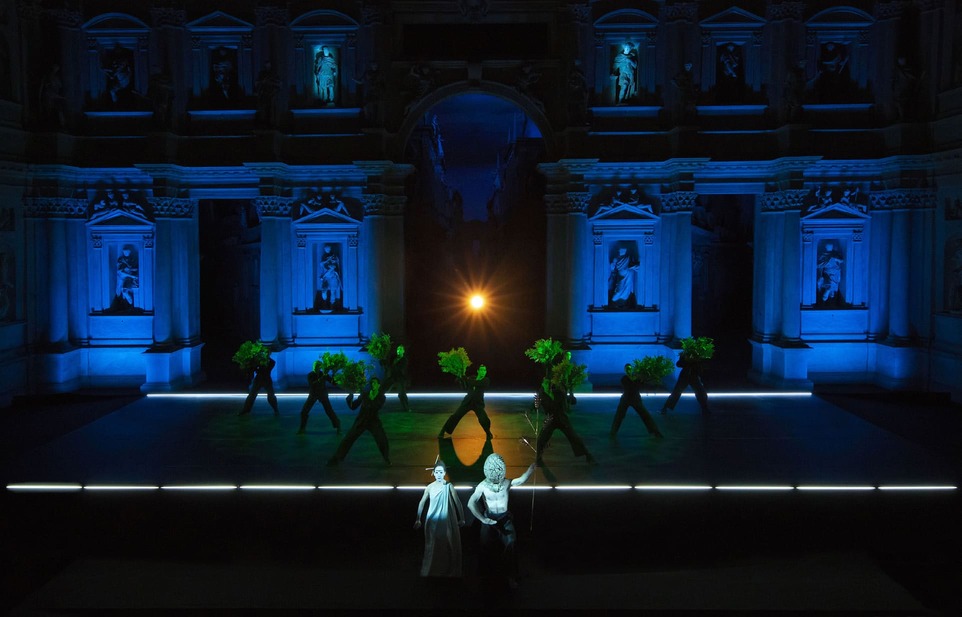 “Oedipus Rex, based on the tragedy by Sophocles, is the new work designed and directed by Robert Wilson, produced by Change Performing Arts, commissioned by “Conversazioni” - the festival of the palladian Teatro Olimpico in Vicenza - and coproduced by “Pompeii Theatrum Mundi” – the festival of ancient dramaturgy taking place in the ancient theatre of the archeological site. This same tragedy by Sophocles was staged in 1585 at Teatro Olimpico to inaugurate the most famous masterpiece by Andrea Palladio, for which Vincenzo Scamozzi designed the scenery that still adorns the interior of the theater to be admired after more than four centuries. The music composed by Andrea Gabrieli and a monochrome mural painting remains today to allow visitors to imagine the splendors during the time of that premiere. While the backbone of the performance is the famous text by Sophocles (430 BC) with the classical Italian translation in verses by Ettore Romagnoli (1926), inserts of the ancient translation by Orsatto Giustiniano (1585), and various different contemporary languages will be intertwined to allude to a myth that travels freely across time, geographical and cultural borders. The performance is dramaturgically structured as an Homeric recitation by an aoidos and the staging concept is highly characteristic to the works by the great American artist and director: Wilson crosses boundaries between theater, dance, music and visual art, and also creates scenes that are not in the original tragedy by Sophocles such as Pitia announcing the oracle of Delphi and the marriage of Oedipus to Jocasta. The production comprises of seven internationally renowned actors, one musician and seven performers. Music plays a central role in the project, originally composed and performed by Dickie Landry, a saxophonist from New Orleans, who exchanges musical dialogues with Syrian clarinetist Kinan Azmeh."
Adapted from Oedipus Tyrannos by
Sophocles