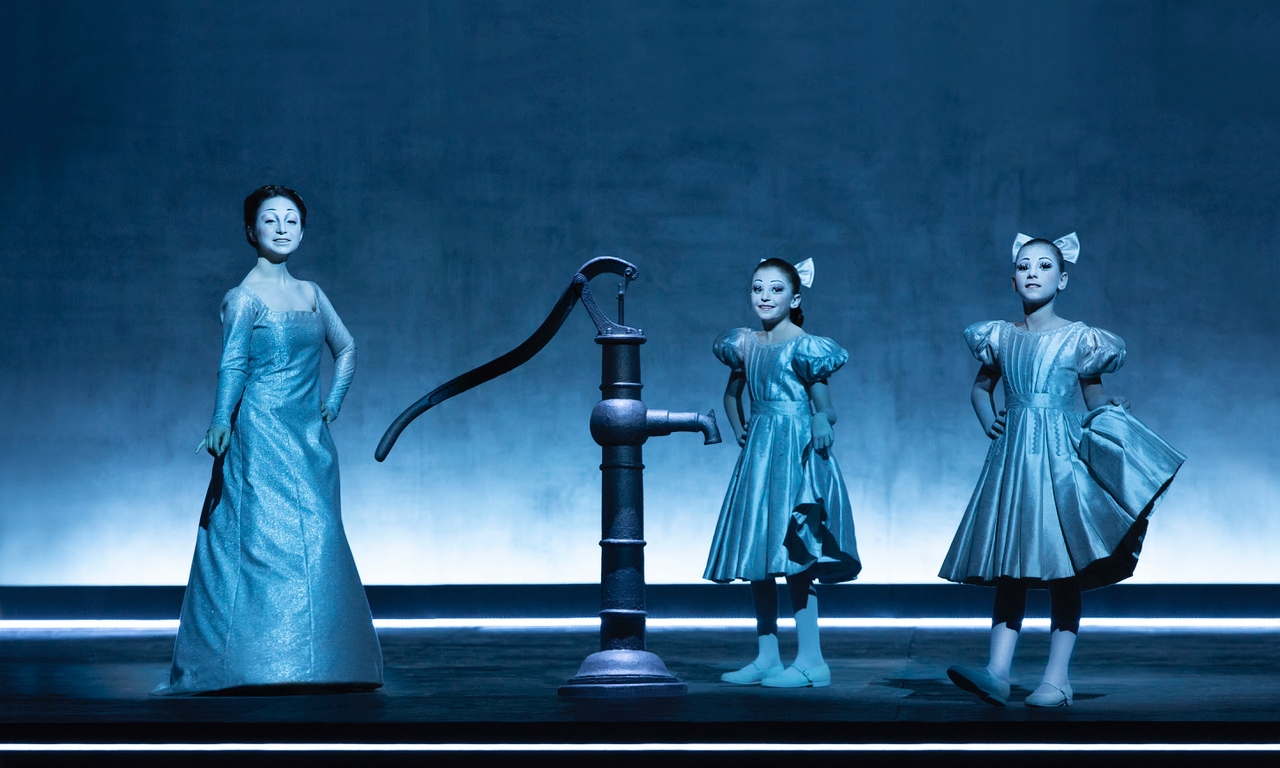 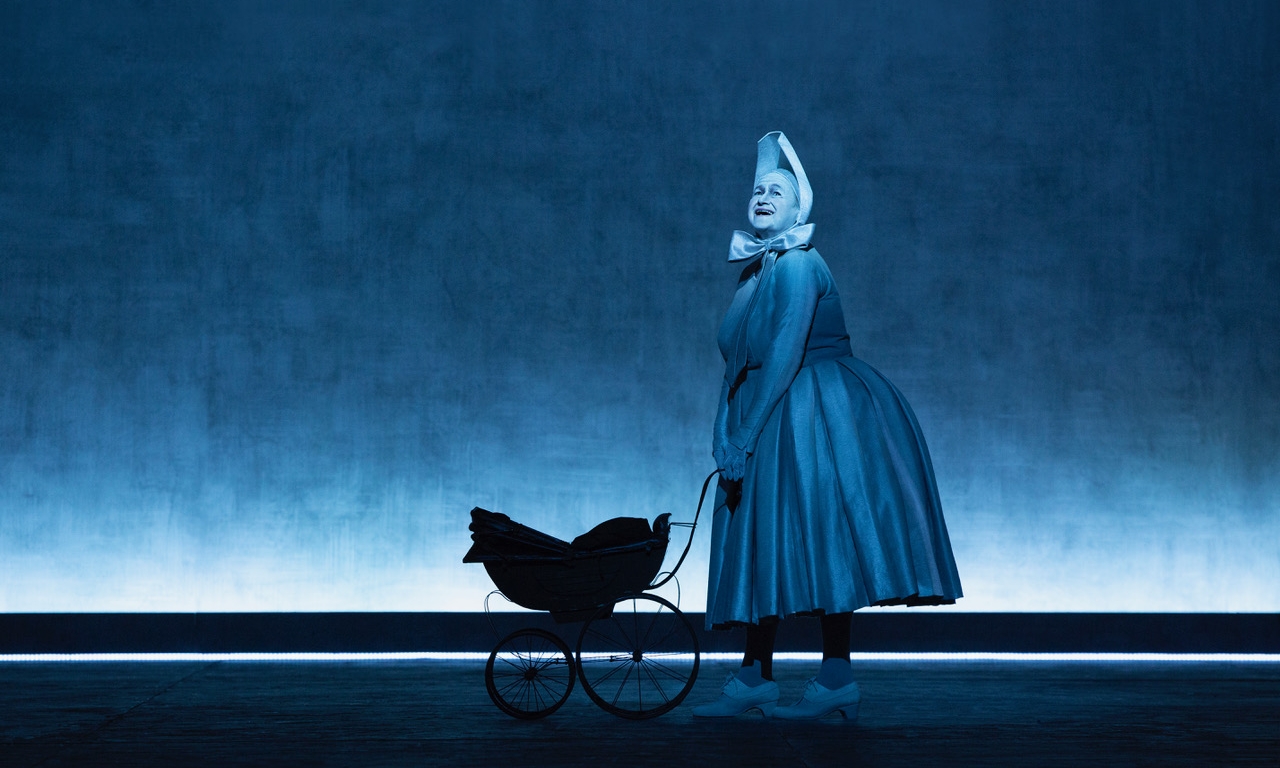 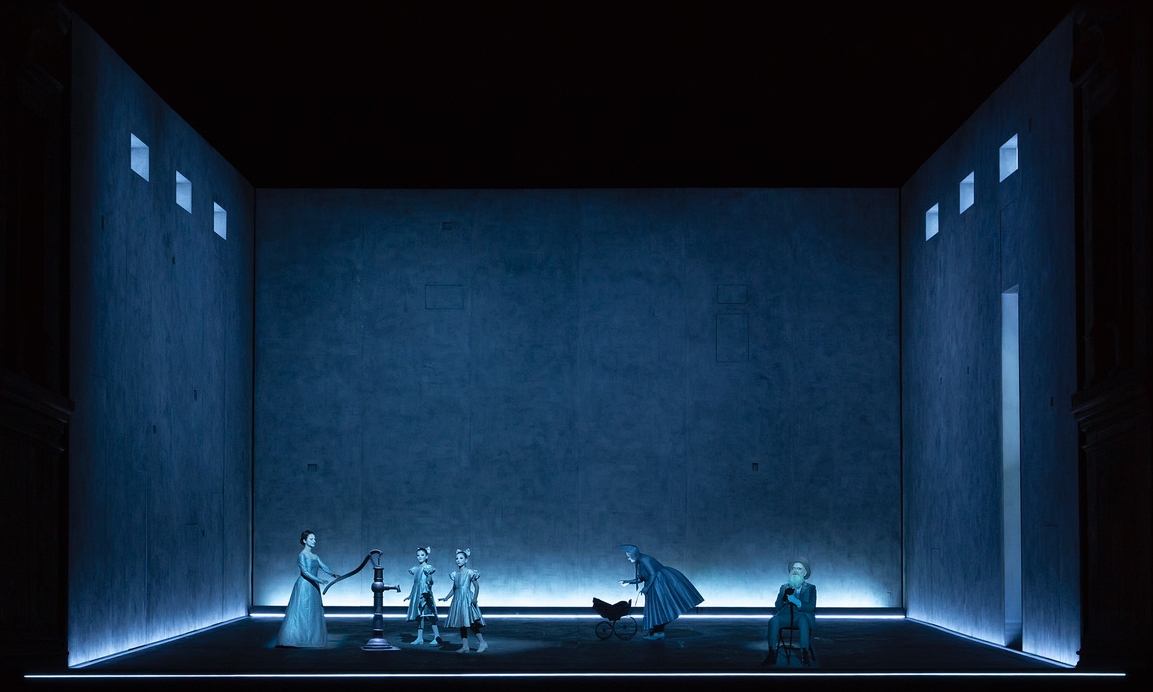 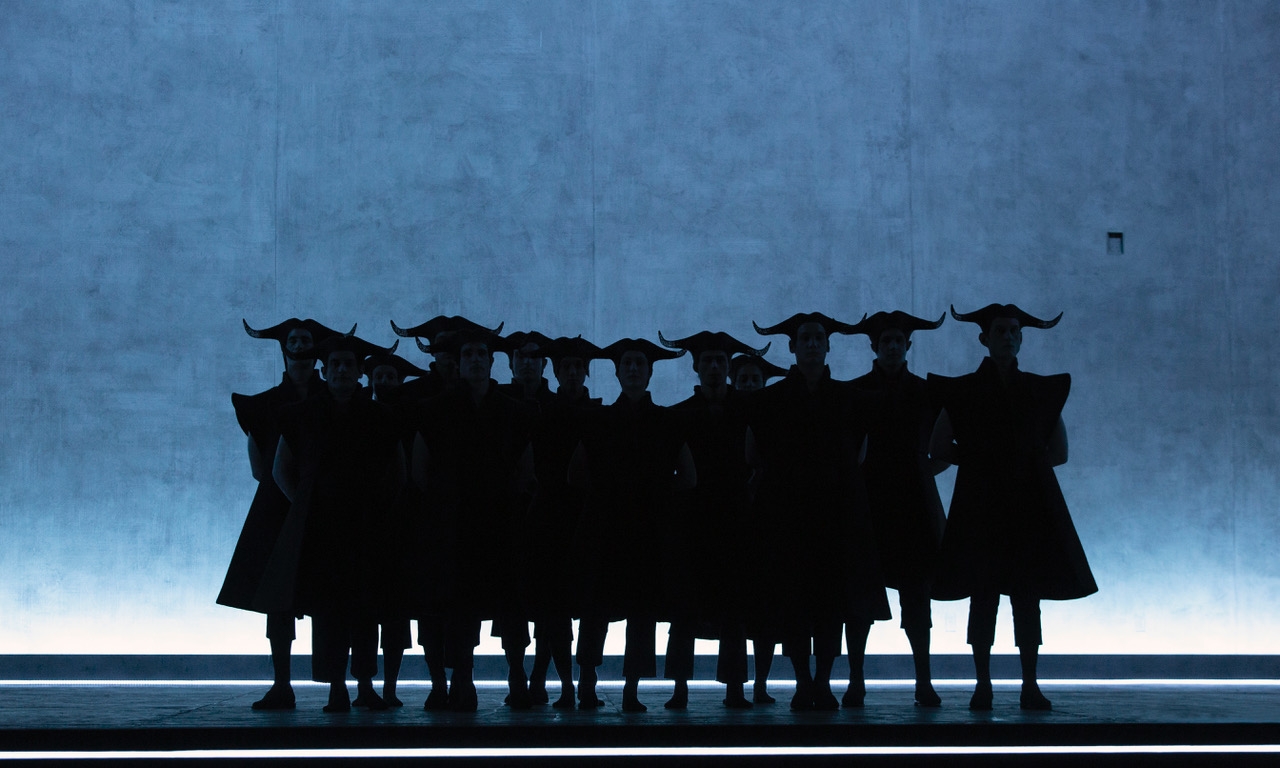 “Time is a child playing by endlessly composing and breaking down the tiles of the same chessboard. This image of the time evoked by the Greek philosopher Heraclitus 2.500 years ago seems to inspire the new work by Robert Wilson and Lucinda Childs in the wake of the collaboration that began with the now legendary “Einstein on the beach” in 1976. “The entire performance is a clock that measures time, like the hours of a day: it is a construction of space and time. The space is divided into three zones of reality that are superimposed over each other transparently” – says Robert Wilson - The upstage zone is a projection of straight and diagonal lines that moves around perimeters, like a clock. It is a composition of accumulative lines. The middle zone is for the dancers. The third downstage zone is a swinging pendulum, a metallic ball that stands against all that. It does not follow the same pattern as the dancers, and swings in an arch from left to right. All three zones are of different realities of different times. Whether it is the diagonal lines, the dance or the pendulum, they are all timed with the score of the music and relate to the music, but they are all three of their own time.” Part One of the performance - itself composed of 3 parts - with the music of Jon Gibson is a section of the choreography originally created in 1981. It “shows us such striking complexity in varying those patterns and incorporating changing details into a basic, repeated movement-phrase, that her usual label of Minimalist seems out of place in dance terms. (Anna Kisselgoff, The New York Times, Dec. 20, 1981). Part Two is the new work that is jointly created by Lucinda Childs and Robert Wilson based on a sequence of duets and solos. Part Three with the musical composition by John Adams, originally created in 1983, animates an hypnotic machine of sounds and movements up to create an incomparable mathematical harmony.
Berlin, 2018

Designed And Directed By
Robert Wilson